Reverse die i is straight forward in terms of identification.  The obverse is a die 1 or normal die, so no real distinguishing characteristics other then the familiar die chip in the first 8.

So it is the reverse die characteristic that defines the resulting VAM 11.  The O/O die varieties separate themselves by placement of the doubling element.  On reverse die i the placement is to the left inside of the mint mark as a thin vertical line, and there are no other distinguishing marks needed for identification.

There can be a slight doubling of TATES OF AMER, but this is a secondary identification.  There can also be a doubling of the right wreath.

The common characteristics are:

The differentiating characteristics are:

Our ten examples of VAM 11 include six coins that are mint state, so there is adequate inventory for analysis.  None of these coins show evidence of any die cracks or breaks. 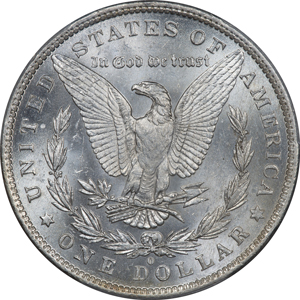 We have only two examples of VAM 69, and both are mint state.  Neither coin shows any sign of cracks or breaks on the reverse. 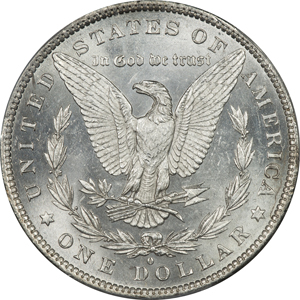