The New Orleans mint was established in 1838 as a branch operation of the U. S. Mint.  The mint served several purposes, but the most important was to facilitate commerce in this important port city.

When President Andrew Jackson, a strong proponent of hard specie money, canceled the charter for the Second Bank of the United States a specific need for gold and silver coins immediately arose.  Major centers of commerce in the South such as New Orleans, Dahlonega, and Charlotte received mint charters in recognition of their importance in either metal production or commercial trade volume. 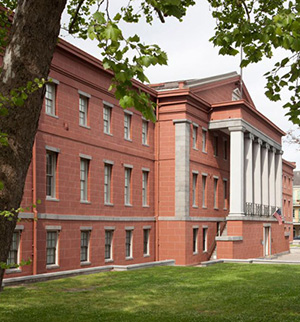 New Orleans was especially important because its port handled the import of precious metals in addition to other goods,  and its strategic location at the mouth of the Mississippi River made it a magnet for introduction of goods into both the southern states and northern states positioned on the river.

The mint was authorized in 1835 by Congress but did not actually begin producing coinage until 1838.

The mint became a source of controversy during the Civil War.  Louisiana joined the Confederacy on January 26, 1861.  Obviously the Confederacy wanted the Mint for both production and for any bullion stored there.  After limited debate, the Louisiana State Legislature voted to seize the Mint.

According to official records at the time of seizure there was just under $500,000 in coinage present.  Of that total, about 75% was gold and the remaining was silver.

The Confederacy used the mint to manufacture its own coins by altering the reverse dies.  Although the Mint operated in Confederate hands for only a short period, they ultimately struck almost one million half dollars.  Thus the Mint holds the distinction of being the only Mint that struck both U. S. and Confederate coins.

The Mint remained in operation for only months until the existing bullion was exhausted.  It was then converted for other uses.

But Confederate control of New Orleans was short lived, and Union forces recaptured the city in 1862.  The old Mint building was converted to other uses for the remainder of the war and did not reopen until 1879 toward the end of the Reconstruction era.

To learn much more about the Mint and the environment in 1881 check out the in depth study we have done on this issue.  We tackle issues like the Civil War and Reconstruction, health, working conditions, and much more.

Whether from lack of need or punishment, the Mint remained closed until 1879.  It did serve as an assay office earlier, but it was the Bland-Allison Act, the same one authorizing Morgan Dollars, that brought it back to life.

Under the Bland-Allison Act the U. S. Mint was required to produce enormous quantities of silver coinage as backing for paper money.  Needing capacity the New Orleans Mint sprung back to life after a short refurbishing process.  Like most of the Mint facilities, the New Orleans Mint became a vast storage facility for Morgan Dollars.

The dollars were largely unpopular because of weight, but there was one twist in New Orleans that other Mints lacked.  In Louisiana former slaves did not like paper money, in particular paper money depicting former slave owners.  This put more Morgan Dollars in circulation there than at other mints.

When the Mint was reopened in 1879 President Rutherford B. Hayes appointed former U. S. Senator and Mississippi Governor Henry Stewart Foote to be the superintendent of the operation.

Henry S. Foote was a well-educated Virginian who had moved west after college.  He was an important figure in the Compromise of 1850 that delayed the Civil War.  But he is also remembered for drawing a revolver and pointing it at another Senator during the heated debate.  He had to be wrestled to the floor and restrained. 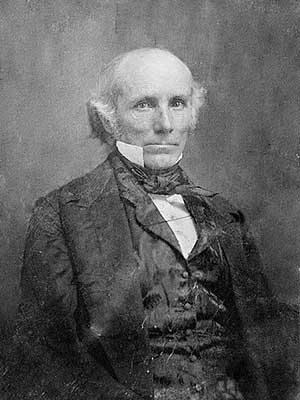 Henry Stewart Foote in about 1860

He had a very strange war experience.  He was against dis-union, but at the outbreak of the Civil War he was living in Tennessee and was elected to the First and Second Confederate Congresses.  But he also defected to the North in early 1865 and ultimately traveled to Canada and England as a man without a Country.  After the War he returned to the United States and lived in Washington.  He served as superintendent of the Mint from 1879 until 1880.

Perhaps the 1880s were just bad years for management of the Mint.  There is no evidence that Superintendent Foote was anything other than a political appointee, and his time in charge of operations was short-lived.  He resigned his post in 1880 and died shortly thereafter in Nashville, Tennessee.  During his career he served as Governor of Tennessee, a U. S. Senator, and was one of the authors of the Compromise of 1850.

The post of superintendent was then offered to an experienced coiner, melter, and refiner Dr. M. F. Bonzano.  But Dr. Bonzano declined the job and instead recommended another mint employee, Martin V. Davis who lasted in the post only until 1882 and was then replaced by Dr. Andrew Woods Smythe who served until 1885.  Dr. Smythe was a noted physician and surgeon, but there is no record of having any experience to manage the Mint.

So in the early 1880s the mint went through many management changes and this may have accounted, in part, for a lack of quality control.

It is estimated that the New Orleans Mint produced 415 million silver coins.  It actually produced all but one denomination of coins produced during its fifty five years of service.  Within this total, the Mint produced roughly 25% of all Morgan Dollars coined.  In particular they produced 5,708,000 of the dollars in 1881.

While most Mints were known for the quality of their work, the New Orleans Mint was known primarily for lack of quality.  Many coins were struck with poor luster, incomplete strikes, and in general just lack of attention to detail.  It has also been documented that working conditions at the Mint were difficult because of the repressive heat and humidity that are common to New Orleans.

When you start collecting New Orleans coins you often think finding one without problems is more difficult than finding one with errors.  To date 70 different significant varieties and errors (VAMs) have been identified, and we are sure there are more yet to be discovered. 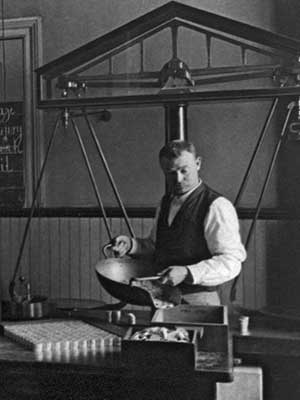 In his book titled The Morgan and Peace Dollar Textbook, author Wayne Miller describes the 1881-O Morgan Dollar as follows:

The typical 1881-O has below average luster, worse than average surface abrasions, and a strike which varies from flat to full.  Many original rolls are lacking in mint frost.  This is one of the most sought after "common date" dollars in the Morgan series.  Gems deservedly command large premiums.

Eventually the cost of modernization and poor management of the mint contributed to its demise and it was closed for good in 1909 with the end of Morgan Dollar production.

With the 1881 issue many coins made it into circulation only to be recycled to the Mint over time.  These coins were often re-bagged and held or sent to Washington for storage.  When the large release of Morgan dollars occurred in the 1960s there were many almost uncirculated bags of coins in the group.

It is also likely that large quantities of the 1881-O were included in the mass melting under the Pittman Act.  So the surviving population of 1881-O Morgans is unknown, but it is likely small for mint state coins.  The propensity to put the coins in circulation coupled with the low quality production limits the availability of high grade mint state coins.

In fact, PCGS CoinFacts estimates the survival of all coins at roughly 570,000, with mint state coins comprising 210,000 of that population.  High grade coins of 65 or better are estimated to be no more than 1,900, or about 0.03% of the coins struck.  An interesting side note to all this is the high probability of finding below mint state coins in proof like condition.