Comments:  This is an excellent DMPL coin with the right reflectivity to get the grade.  Although bag marked, the overall attractiveness is not bothered.

On the reverse the mint mark is set left and has some lines inside the oval.  There are several areas of the reverse field that appear the die was incompletely polished. 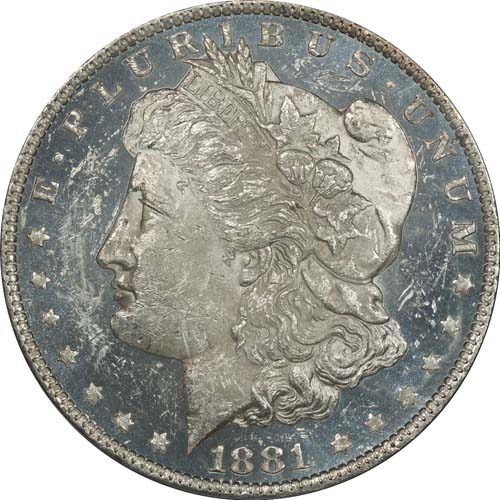 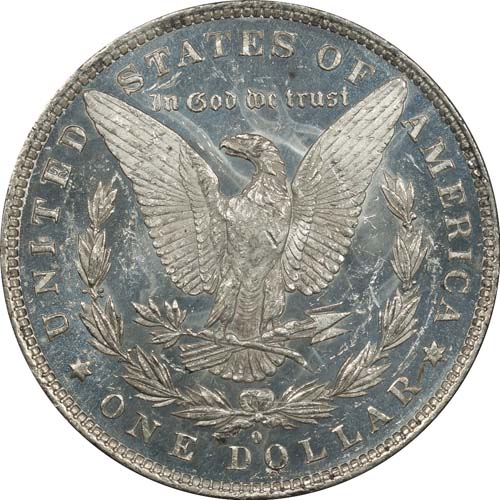