Comments:  We think this coin either made it just under the wire for the grade or it is really an MS 63.  The heavy abrasions shown over the eye should have disqualified it from the MS 64 grade.

Both the color spectrum and overall color on both sides of the coin lead us to believe the color came after the coin left the Mint.  Even though it is heavy we believe this to be early color.

The dark color would lead one to believe that this is toning that is further along the scale, but it is actually early color.  The key is that the medium gold, amber, and russet colors appear very early in the cycles.  Toward the rim there is a little blue and yellow which would indicate that the coin is toning from the rim in toward the device.

The source of the color could be any source. 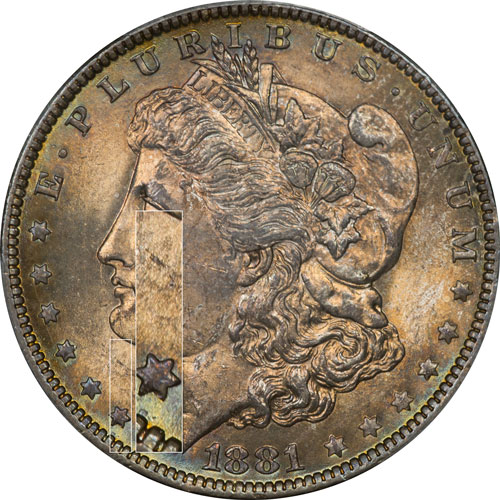 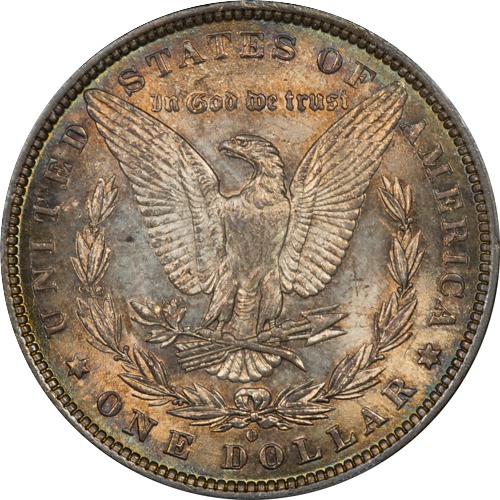