VAM 33 - Doubled Ear Bottom is a pairing of Obverse Die 22 with Reverse Die d.  Reverse Die d is used with several VAMs with the "O Centered but Tilted Left" descriptor.  As of November 2021 we have ten examples of VAM 33 for study.  The coins range from AU 53 to MS 65,  so there is plenty of material to work with in this analysis.  Two of the mint state coins are well toned and offer some nice variation in the study group. 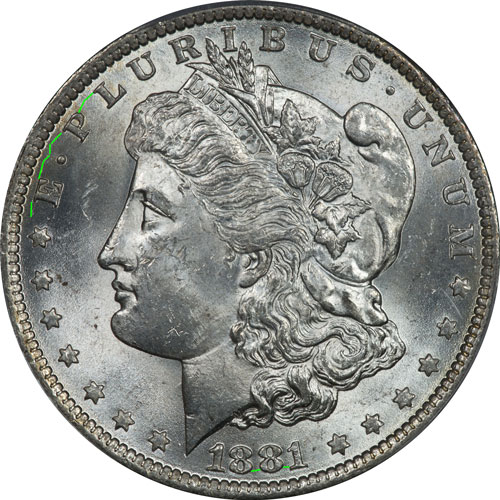 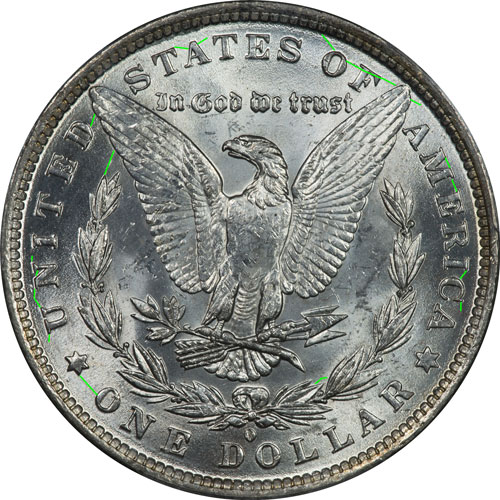