Most of the month of October was spent digesting the information we received from VSS and posting that data to the web site.  As a result we have an additional 100 coins for viewing, including coins for four previously missing VAMs from our collection.

Specifically we added coins for:

But far beyond these four VAMs are hundreds of images for many other VAMs and grades. 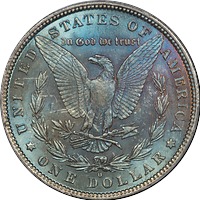 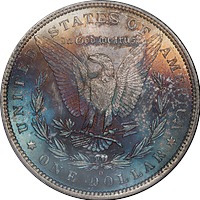 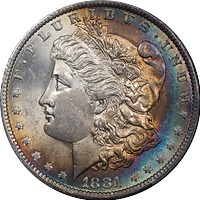 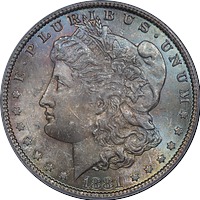 Our latest batch of coins from VSS has some potential discoveries that will be evaluated during November.  At most there will be four, but we are certainly pushing the knowledge of the 1881-O into new areas.

We continue to close the gap on VAMs in our collection and keep pushing ahead to find them all, and of course to find discovery coins in the process.  We still have seventeen VAMs missing from the collection, but time will hopefully solve this gap.

Again this month we found a couple of VAM 1 coins which is always a bit of a surprise. 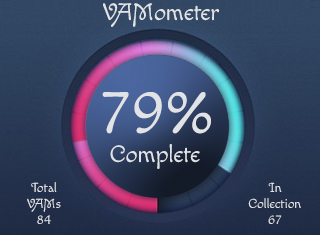 We have a lot of coins in flux and hope they will produce some new VAMs and new grading examples.  Always significant is coins headed to LVA for analysis, and we have 4 that will go the first week in November.

VSS has about 30 coins for VAM verification and photography.  We have 22 coins at PCGS for grading, including 6 crossovers with very nice toning.  And then there are another 25 or so coins  being prepped to go to VSS.  So in the next few months we plan to expand the inventory by another 80 or so coins.

On November 5 we received a note from PCGS that 14 of the 16 coins we had in the first submission graded, which is a good ratio since we were primarily grading coins below mint state.  Included in the group is what is now the lowest GSA 1881-O, a Good 6.  We scattered others up and down the grading scale, primarily for the grading side of the web site.  Some of these might VAM once we hit the Extra Fine 40 level, but if they do not we will still consider this submission to be a winner.

Also included in this group of coins were several coins that we thought were in the Fair 2 to Good 4 range.  All 3 came back as About Good 3.  While we would like for them to be different, we still hold all 9 of the AG 3 coins graded by PCGS.  As strange as it might seem, below Almost Uncirculated grades we still would like to have more examples.  For several grades we have fewer than 5 coins which is the minimum we think needed to help with grading comparisons.  So the search will continue.

We have a goal of presenting no fewer than 1% of the coins in each grade, as well as no fewer than one example of every VAM.  We are closing in on those goals, but as we approach 100% it will become more difficult.

According to PCGS there was no movement in the prices for the 1881-O series in the month of October.

Through the end of October, PCGS certified 782 new 1881-O Morgan Dollars during 2015.  The highest percentage change was in coins certified below AU grades at 20%, but we know that was us certifying coins for our grading set and it is an anomaly that will not continue.

In AU grades the number of certified coins increased by only 91, but a 7% increase none the less, and we did not grade many of those.

The largest percentage of new coins graded this year is in the MS, PL, and DMPL grouping with an additional 692 coins now hitting the market for collectors.  This is a 4% increase, but the law of large numbers is at play.  The most active grade is always MS 63 where there were a fresh 315 base coins graded, with one addition MS63+.

There was a change in the PCGS inventory in October that is a bit confusing, but it could be nothing more than record keeping.  During the month the number of MS 65 coins decreased by 8.  Above MS 65 there wasn't enough movement in the numbers to account for regrades.  Another alternative is people surrendering certificates, but this seems very risky at the MS 65 level.

The web site has now grown to include .almost 3,000 coin images of various sizes and details.  The bulk of these are full coin images, but there are many additional images for VAMs and toned coins.

We are working on a lot of improvements on the web site for readability and format.  If you visit the site this month you will probably catch a page or two in transition.

With the exception of plus grades we cover every grade from Poor 01 through Mint State 65.  We have examples of almost every plus grade, but many of these are so obscure that finding one for sale is almost impossible.

In several categories below AU50 we hold 100% of the graded coins and we will slowly expand lower grades where we feel like we do not enough coins to demonstrate the grade.

There is a surprising consistency to the grading that becomes obvious when you see all the coins side-by-side.