As soon as we put to bed the issues surrounding the "O Set Left" group of VAMs we have another group of four coins ready to go to Leroy.

Hopefully in this group there will be another discovery or two.

VAM's 1D and 5 seem to draw the most attention, but it is VAM 27 that should be high on everyone's list.

Of all the 1881-O VAM's it is the 1D - Flaky Eye that seems to draw the most attention.  Over the years we have managed to corner twenty-three of them.  We have a few more of them in the works, and actually had a number of them rejected by PCGS for the first time. 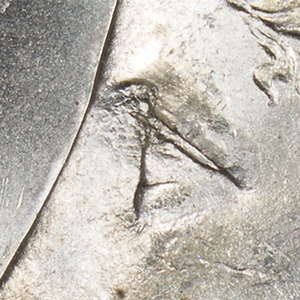 The 1D - Flaky Eye is perhaps the best known of the 1881-O VAM's because it makes both the Hit List 40 and WOW VAM list.

Another nice thing is that the eye damage is deep within the eye socket, so it survives with wear.  We have been able to locate one as low as Very Fine 35, and have little doubt that we can find more in lower grades.

PCGS  has certified only fifty-nine of them, but we feel like this is a function of grading cost and not availability.  If it were rarity then we would be holding almost half of all known coins, and that is illogical given our experience.

If you are new to VAMing this is a good coin to start with regardless of your pocketbook.  This one can be spotted on web sites like eBay with little trouble and is often available in ungraded coins at reasonable prices.  Another advantage is that many sellers don't look for the feature and sell the coins as just 1881-O

When we first started on this adventure spotting these was a challenge because the O/O often is masked by poor photography.  You can miss them or buy the wrong coin thinking you have discovered one the seller missed.  When dealing with coins below Mint State this is a particular problem because of dirt in the mint mark.  VAM 5 is a Hit List 40 VAM, so it does garner attention from a wider audience. 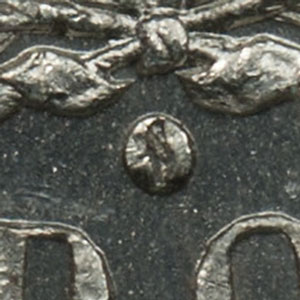 So we then looked for other features we could use to uniquely identify the VAM when the coins and there are a few, and most are easy. 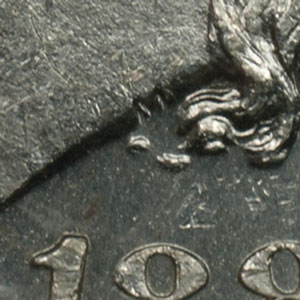 If you have good photography to deal with this one is easy to spot and always yields a VAM 1D.  In the 1881-O series no other coin has been polished to the degree that the hair curls at the base of the neck are separated.  The "Lock Ness Monster" of hair curls.

There are other features such as die scratches that help, but we have found noting more reliable than the neck curls.  If you find this you can then check the back of the coin, and with an image of only average quality verify that there is "something" in the Mint Mark.

PCGS has certified One hundred and twenty-one of them, so more plentiful than the VAM 1D, but this also can be a function of grading cost.  In MS grades they range from 60 to 65.  They have also graded PL and DMPL coins with the best of the best being an MS 64 DMPL.  But the PL with only twelve coins, and the DMPL with six coins show the rarity of these states.

The VAM that seems to be overlooked is the rarest and most difficult to identify.  If you have ever tried to identify one of these on the Internet it will drive you crazy.  This is a Hot 50 VAM, sop very desirable.  The back of the ear often creates a reflection that looks like the doubled ear, so additional markers are definitely needed if this is your source. 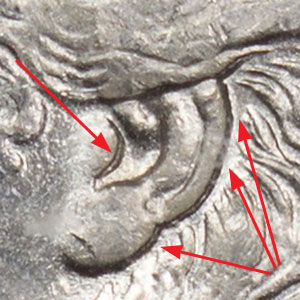 So what are the additional markers we look for with this VAM?  First, the hair curls at the base of the neck are full and come to a point.  This is as intended on the die, indicating this error occurred on a fresh die. 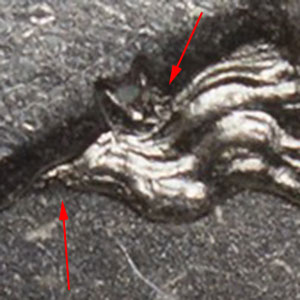 Second, the back of the Phrygian Cap is full.  The cap is often polished to a degree that there are either thin or broken ares on the die and this would also indicate early die usage. 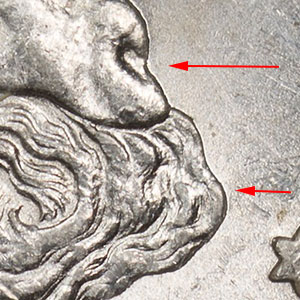 Real collectors know the value of this coin and we have never been able to find a Mint State one we thought was a bargain.  So our collection is limited to sixteen coins, all below Mint State.

PCGS has only certified sixty-three of these, which is slightly more than the VAM 1D.  However, they have never certified a PL or DMPL example which speaks to the rarity.  The highest graded coin is an MS 63, so not very high.  There are only sixteen Mint State certified coins.

Our sixteen coins range from Very Fine 25 to Almost Uncirculated 58.