We have four coins to send to Leroy for analysis and that needs to get going in January.  Hopefully there is a little something new in the group. 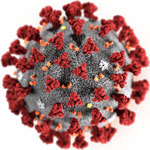 Maybe the most difficult part of the whole quarantine period is learning that the Federal Government now considers me to be elderly.  I don't feel elderly, but maybe I have eased into that category without knowing.

Fortunately we live in an area of Georgia with little infection and no deaths, so I have not been restricted as to movement like some others in metropolitan areas.

But like most "elderly," I sheltered in place and looked for more VAM and numismatic things to do.  That led to the article in the right column of this page and to some thought about what comes next for the 1881-O.

Having spent the better part of six years dissecting the 1881-O and its various dies, VAMs, history I was struggling a bit to figure out what comes next.  But the recent work that Roger Burdette started gave me some clues as to direction.

The inner-workings of the Mint can be confusing as one learns by transcribing documents.  The earlier work I did focused on the politics and mint activities just before and after 1881.  This was logical at the time but there is a lot more to learn about the New Orleans Mint and that is where I will head next.

Like the rest of us there is a personal aspect to the Mint workings that can be lost in the details of looking at just numismatics.  There were internal conflicts, political interactions, defalcations, and many other daily items worthy of investigation.

We know the New Orleans Mint had some problems reopening after the Civil War, but it was there before and we are headed there as a next investigation.  Hopefully those of you who check in on us monthly will stay along for the ride.

Well off topic from VAMing but a great educational item has proven to be the Comitia Americana, And Related Medals book by John W. Adams and Anne E. Bently. 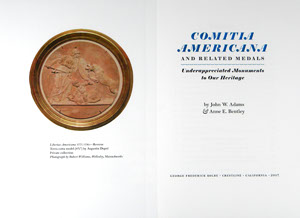 Like a lot of others I was looking for something to read while quarantined and hit on this book because of an interest in American History.

From the opening paragraph I could tell this was a well written and well documented work.  The inner workings of our nation in its early years has always fascinated me and this book documents an area that I was totally unaware of until now.

If you have an interest in what preceded coinage and some of the interaction between Washington, Jefferson, and Franklin then I can definitely recommend this one to quickly pass the time.

To go along with the reading I picked up a number of items so that I can better understand the work.  While there are a number of medals at PCGS for grading and photography, I did pick up one PCGS graded medal in the Washington Before Boston sequence to study.

Getting your hands on one of these gives you a very different perspective of the medals since today we most often see much smaller versions.  I also had never seen a PCGS holder of this size and that is a different experience.

If you are quarantined and looking for something to read this might just be a good choice.